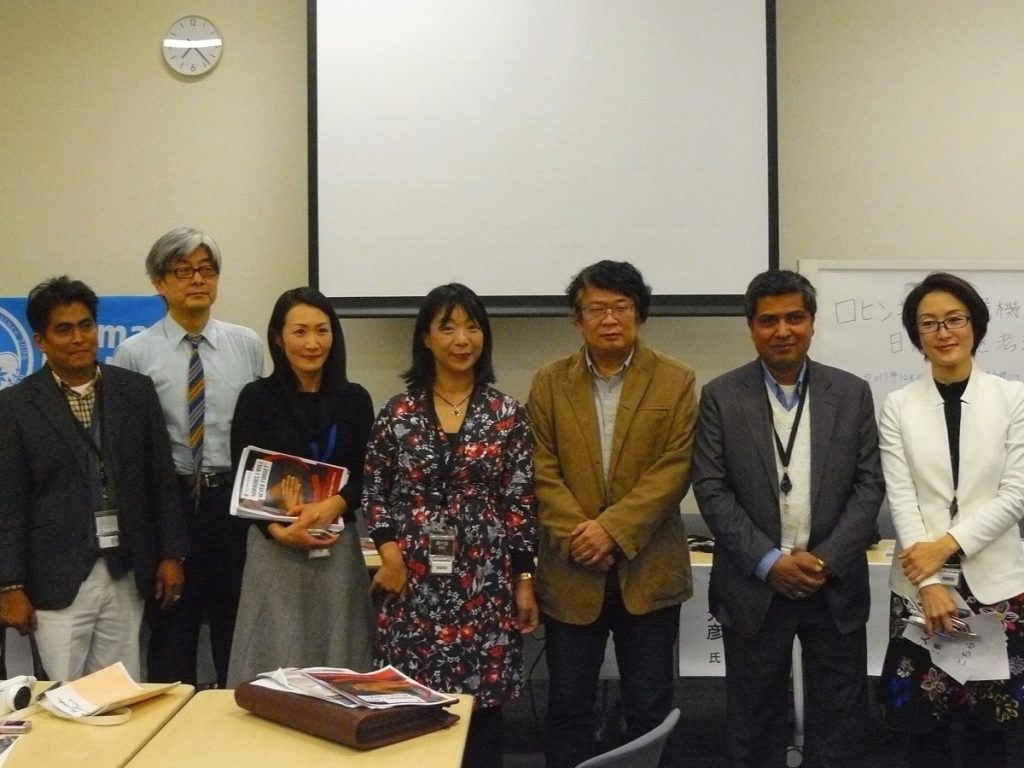 Legislators from all parties, along with Human Rights Now, Human Rights Watch, and Save the Children, came together to host the emergency parliament in-house event “The Rohingya Human Rights Crisis and Japanese Diplomacy” on December 4th. The event started at 5:30 pm and was a full house, gathering over 100 participants, including numerous media affiliates. It ended after 7:00 with lively networking, interviews, and conversation. 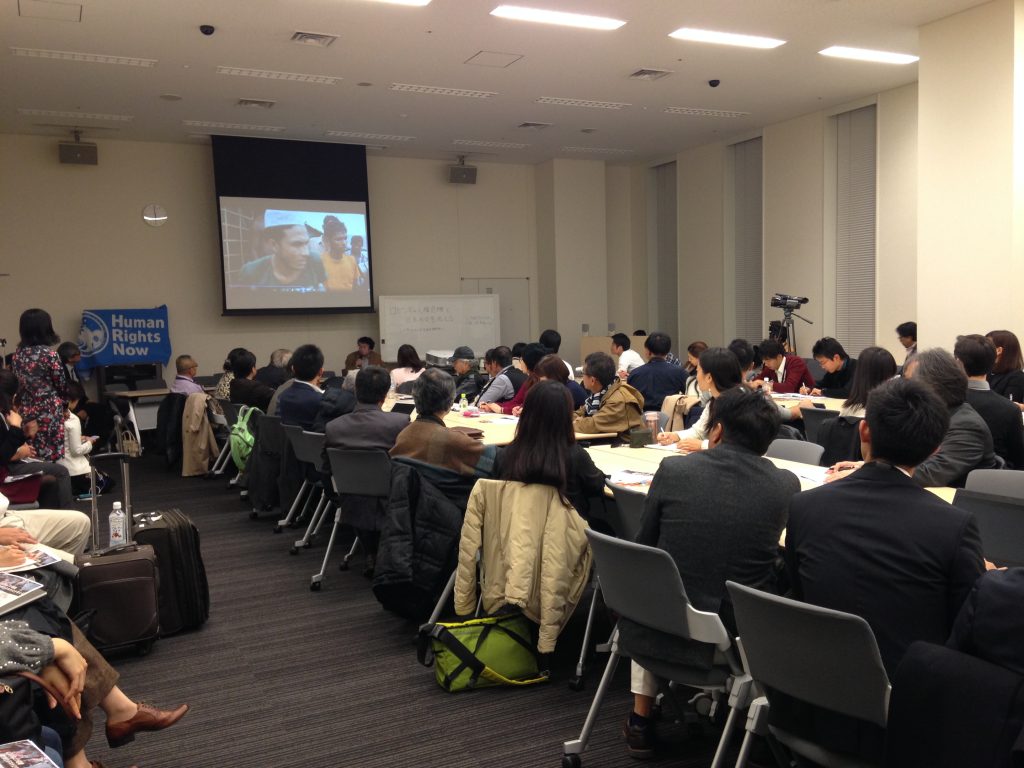 Widespread military violence against the Rohingya ethnic minority in Rakhine State, Myanmar exploded in August of this year, forcing over 600,000 Rohingya to flee to neighboring Bangladesh. Reports from the Rohingya refugees detail grave human rights abuses against them at the hands of the Myanmar military; nevertheless, Japan abstained from voting on the resolution to condemn the persecutions against the Rohingya during the Third Committee meeting at the United Nations General Assembly on November 16. While 135 American and European countries adopted the resolution, by abstaining, Japan essentially shared the same stance with many dictatorship countries, among others. 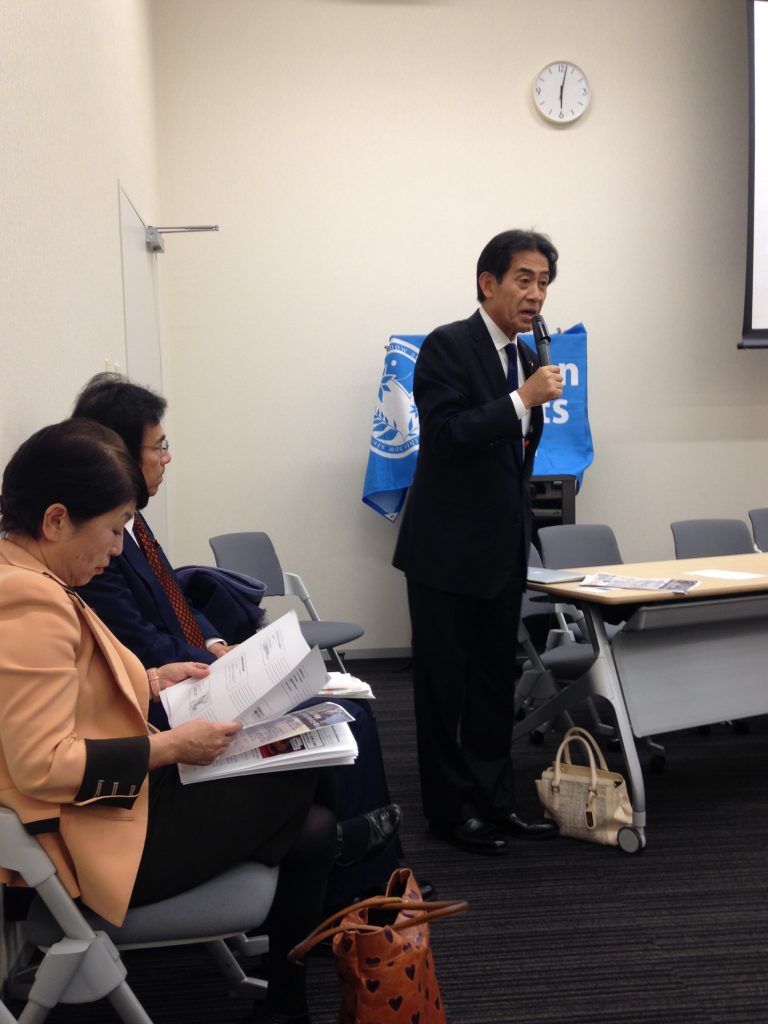 The first main speaker was Yukihiko Kimura, a journalist reporting with on-site videos of the current Rohingya crisis. Despite being full to capacity, the entire room fell silent as we listened to various first-hand experiences of horror, including a woman’s raw account of rape and losing her family.

The next speaker was Shogo Watanabe, a member of the Lawyers’ Group for Burmese Refugee Applicants in Japan, who traced back the conflict to its roots. We learned of the historical and political background of the persecution against the Rohingya, and he ended in voicing concern over why Rohingya refugees are not recognized as such, and are instead often taken into custody when they flee to Japan. 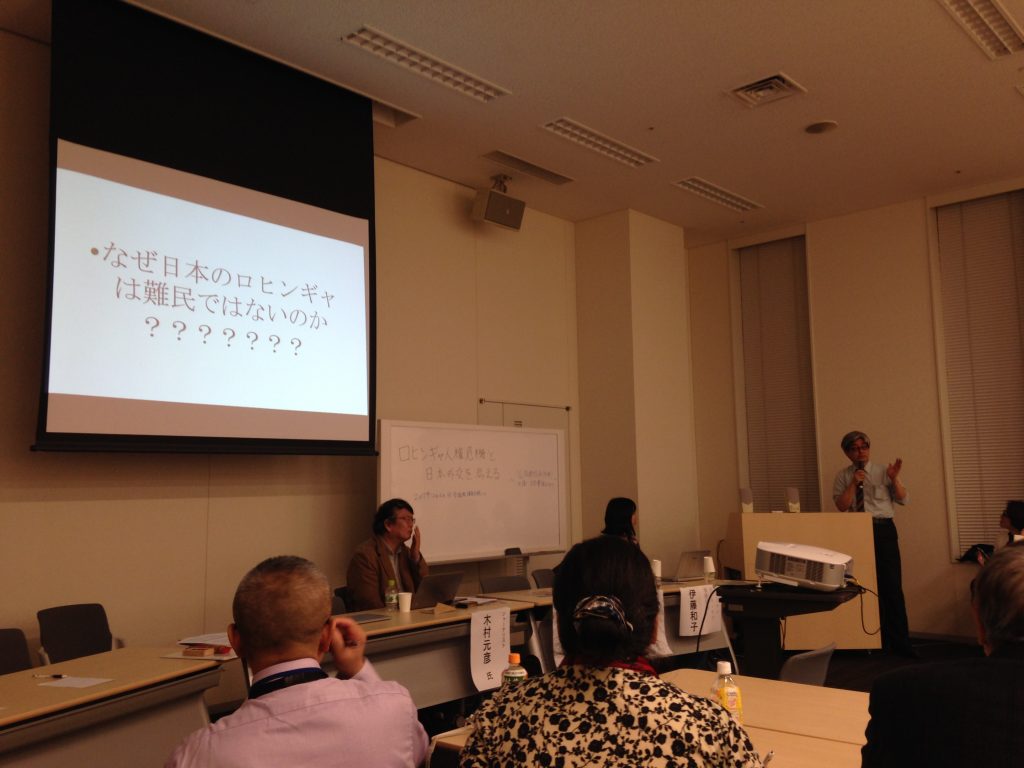 “Why are the Rohingya not considered as refugees in Japan?”

Afterwards, Zaw Min Htut, a Rohingya resident who has been living in Japan for nearly 20 years, delivered a powerful plea to both the government and all event participants in the audience. He deplored the Ministry of Foreign Affairs’ silence on the matter, expressing his horror that genocide is repeating history even in the 21st century. The Japanese government is continuing its close relationship with the Myanmar government and high ranking military officials, which can be seen as tacit support of the human rights abuses. He ended his speech with a plea to every member of the audience to raise their voices and urge the Japanese government to change their stance.

“What can I say about the Japanese government? They ignore us! I can say they ignore us, the Rohingya’s plight. More than half of a million people have been fleeing to Bangladesh in desperate situations, and thousands have been killed in front of them. It is the 21st century! We saw that kind of genocide in 1994 in Rwanda. It is the 21st century. How can the world community let the military government commit this kind of genocide in front of the world community?” 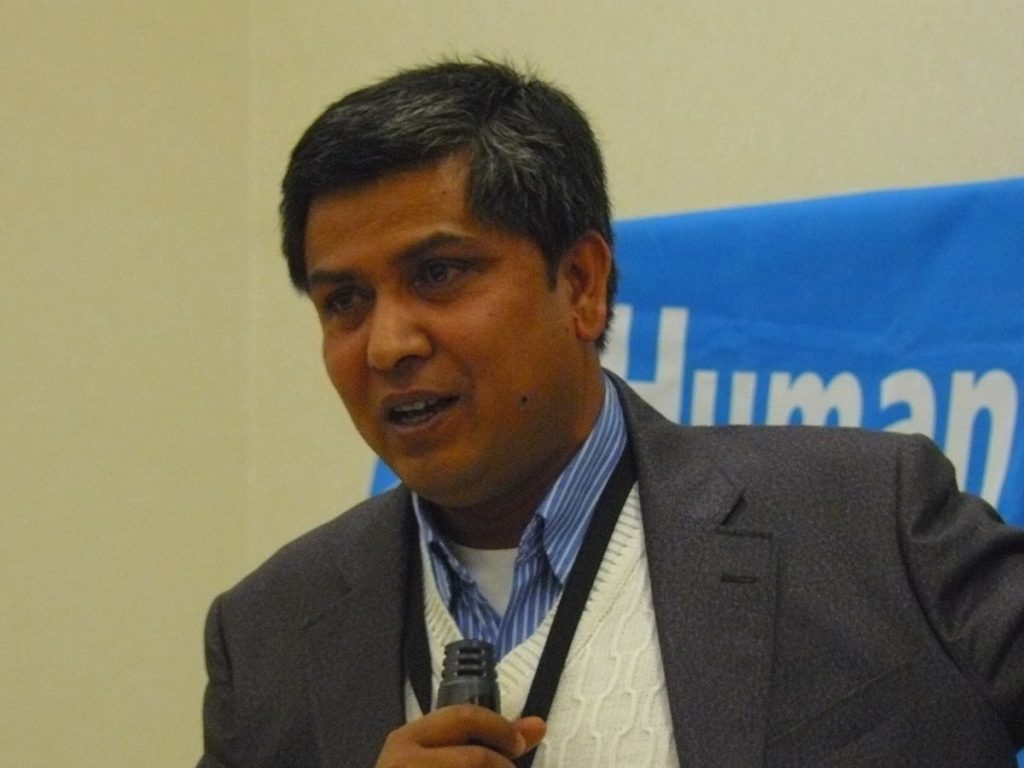 The entire room was filled with mixed emotions: shock at seeing the suffering of the Rohingya refugees; surprised disappointment in the Japanese government’s abstaining on the Rohingya resolution at the UN General Assembly Third Committee; and anger as to why Japanese diplomacy isn’t taking action to stop this tragedy. We strongly hoped that they would take a firm stand to protect the rights of the Rohingya at the United Nations Human Rights Council’s special session on the violence against the Rohingya, which took place on December 5th in Geneva. We find it deplorable that Japan once again abstained from voting on the resolution.