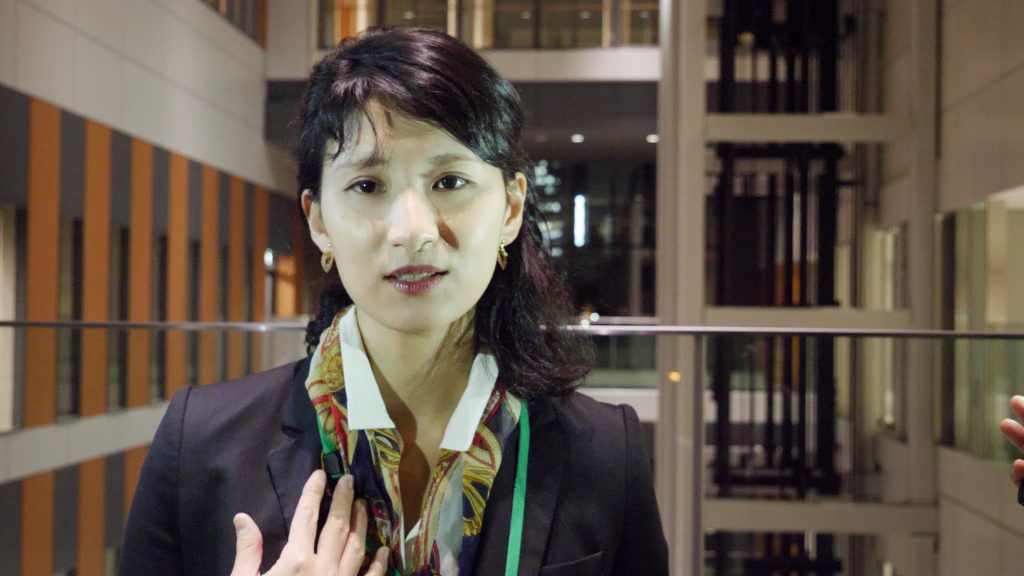 Human Rights Now (HRN), an international human rights NGO, co-hosted the event “Eradicating the roots of forced pornography” on November 30. Being a hot-button issue, the event brought in a full house of participants, including media agencies and various legislators.

The event lasted over an hour and a half, beginning with an opening from the sponsor, and progressing into reports from a consultation support agency, research report centered on the victims, and a speech from an activist who was herself forced into pornography. Throughout the event, the attending legislators and representatives from other government agencies gave their comments and updates, and the event ended in a question and answer session. 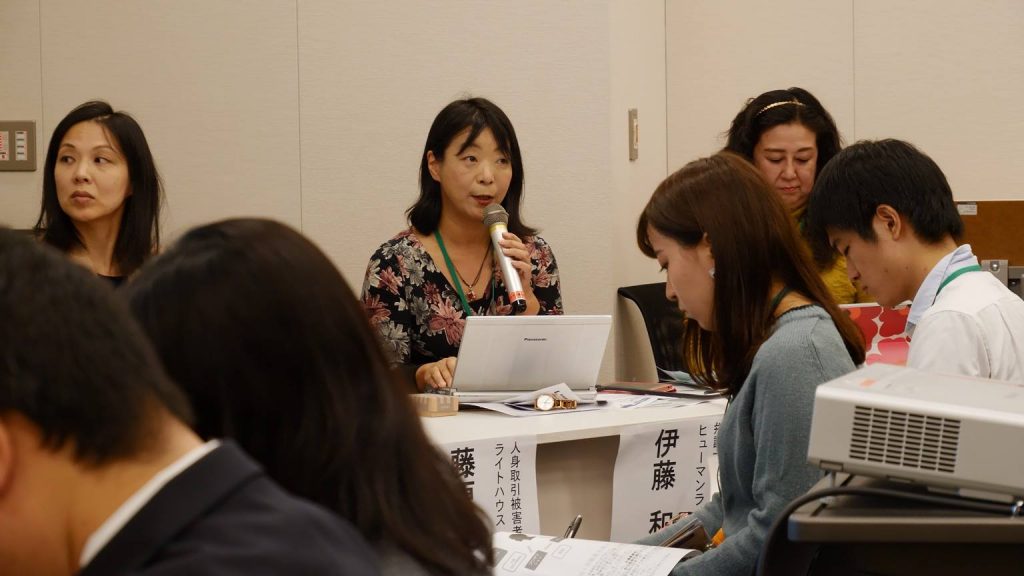 Next, Michiko Taguchi (director of People Against Pornography and Sexual Violence, or PAPS) discussed the grave human rights violations reported by the women who seek counsel. The trapped women were given a voice and solidified the urgent need to expand the limited resolution measures already in place to change the status quo. 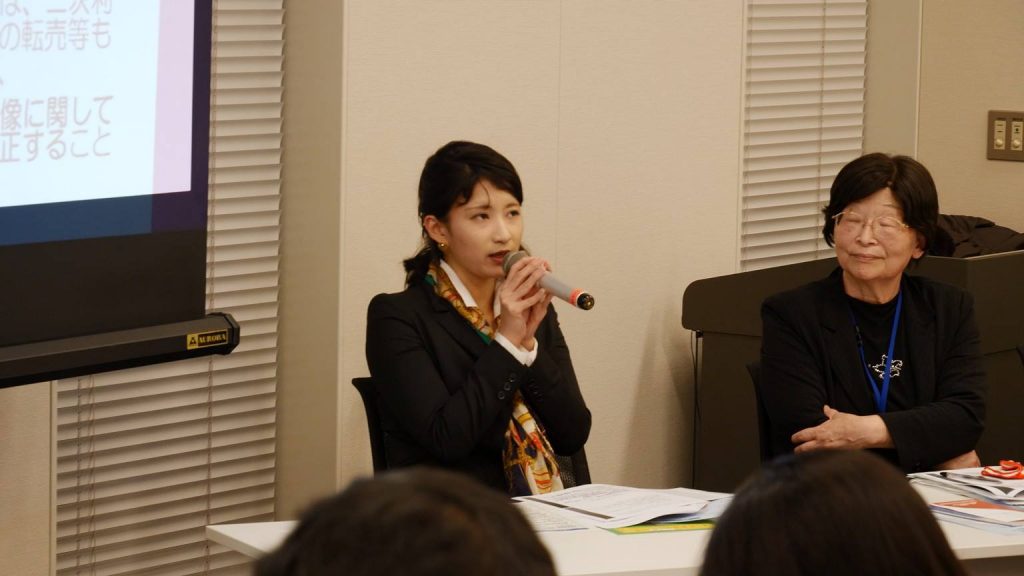 Kurumin Aroma (social activist) laid bare her distressing personal account. She brought up that the problem is intensely horrifying because women eventually feel unable to resist the pressure to perform in pornographic videos, and it is nearly impossible to truly escape from the predicament. Deleting the videos and laboring against the new difficulties of finding a stable life fall upon the shoulders of the victims. She appealed to the hearts of everyone in the audience to not allow any more women to fall victim to these terrible schemes.

There is a definitive need for comprehensive prevention and protection measures enacted by multiple government bodies. Fortunately, several legislators from various parties as well as several government officials came to the event. 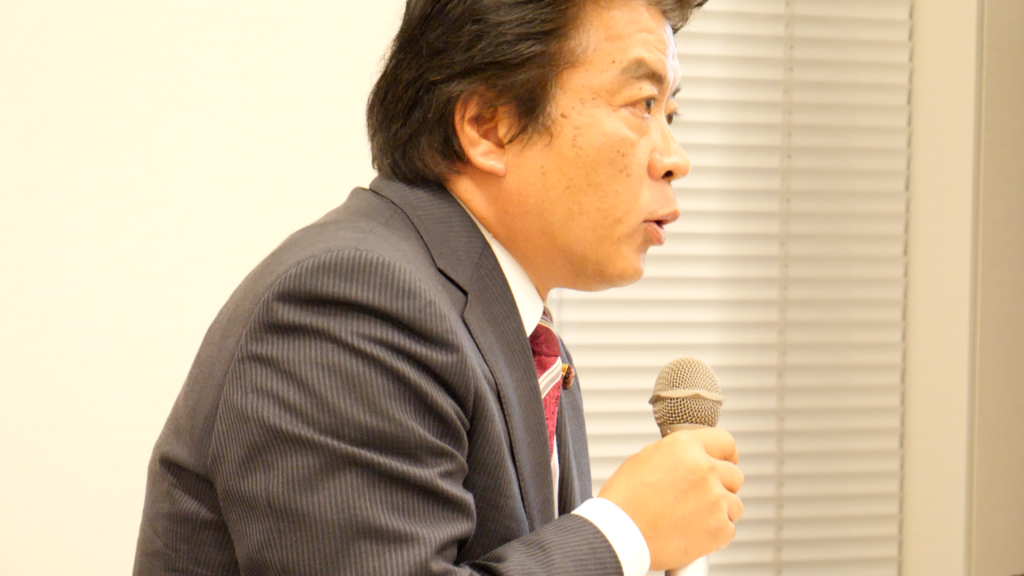 The Cabinet reported on the emergency countermeasures it formulated in April 2017 and the resulting measures it arranged in May. They framed them as not just a crackdown on the “JK business,” but also included awareness campaigns, consultation systems, and support systems involving all relevant governmental departments. The National Police Agency introduced their fact-finding survey from last year and the results, as well as their emergency countermeasures and subsequent initiatives. Personnel from the Ministry of Justice and the Consumer Affairs Agency also gave comments.

The event succeeded in conveying the scope and severity of the damage in addition to the urgent need for both protective and preventative measures.