UNIQLO and Labour Rights: In response to the Fast Retailing CSR Action – Six months after our fact-finding report on harsh working conditions within UNIQLO’s Chinese suppliers 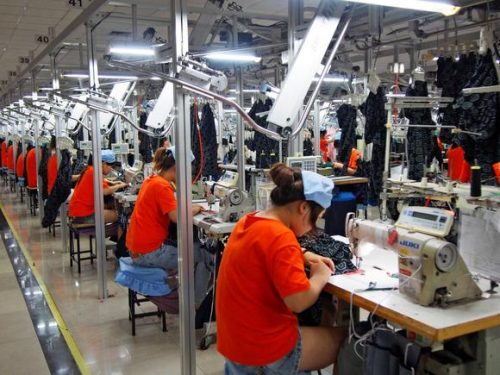 UNIQLO and Labour Rights: In response to the Fast Retailing CSR Action – Six months after our fact-finding report on harsh working conditions within UNIQLO’s Chinese suppliers

In January 2015, Students & Scholars Against Misbehaviour (SACOM), in association with Human Rights Now (HRN), a Tokyo-based human rights organization, and Labour Action China (LAC), a Hong Kong-based labour organisation addressing labour rights in China, released an investigative report on the working conditions of some Chinese suppliers for UNIQLO.[1] The report as well as press conferences held in Tokyo exposed harsh working condition as well as a series of labour rights violations in the investigated UNIQLO suppliers in China.

Right after the release of the investigative report, FAST RETAILING CO., LTD. (hereinafter FR) acknowledged part of the facts about the harsh working conditions indicated by the investigative report and published an action plan to improve the situation while engaging in dialogue with HRN,SACOM and LAC. Following the release of the FR action plan on the improvement measures for working conditions, SACOM and HRN had two dialogues with FR, and in February 2015 published a joint statement, “Go Beyond a Short-term Improvement in UNIQLO’s suppliers”, calling on FR to implement more comprehensive and effective measures according to international labour standards.[2] However, since March 2015, FR has stopped having substantive dialogue with SACOM and HRN, despite requests made by both organizations. Instead, FR informed us in late June that they were going to publish a progress report by July.

On 31 July 2015, FR released “CSR Action” explaining the progress of actions FR has taken to enhance workplace monitoring and to advance working conditions in the Chinese suppliers which we investigated, namely Pacific Textiles Ltd (hereinafter Pacific) and Tomwell Garment Co.(hereinafter Tomwell).[3] The CSR Action report has not provided detailed information on progress, although FR claimed that it has taken certain measures to correct the working conditions in its suppliers. However, when SACOM conducted a follow-up investigation after the release of CSR Action, SACOM received some information suggesting that the measures reported by FR have not actually been implemented on the ground. The information received by SACOM is as follows:

Illegal Overtime Work
Regarding workers’ wages and working hours, although both factories pay workers overtime pay in accordance to the law and provide one rest day every week under the CSR Action report, the basic wage and piece rate in the two factories remain quite low. As a result, overtime pay continues to be an important part of workers’ total monthly salary, and workers have to work overtime to earn a decent wage. According to the workers in Pacific and Tomwell, in order to make ends meet, each month they have to work overtime for approximately 80 and 100 hours respectively, which severely exceeds the statutory overtime working hours.[4]

Worker’s Health and Working Environment
Following our report, workers in Pacific who work under the exposure of dust receive a free medical check regularly. Also, according to CSR Action, medical checks will be provided by the end of August for the workers in Tomwell who work in areas with dust levels higher than the safe standard. However, the kinds of chemical materials that have been used in the two factories are still unknown. Regarding the unsafe and high-risk working environment in the two factories, after our report, Pacific has begun construction and renovation on windows, improved ventilation, reduced temperature and increased drain channeling. Also Tomwell installed air conditioning to reduce the temperature and changed the masks provided for workers to dust protective. However, according to workers in the cutting section of Tomwell, they only get dust protective masks when the social auditor comes, which contradicts what FR claimed in its statement.

According to the above claims raised by the workers and given to SACOM, we ask FR to revisit the two factories to investigate the facts. We also appeal to FR to take the following corrective measures to its two production partners:

1)      Make all effort to raise the basic wage and piece rate in the two factories so that the workers don’t need to illegally work overtime to make a decent wage.

2)      Provide protective equipment to the workers in the workplace at all times.

3)      Disclose all chemical materials used in two factories to the public and also to the workers, and take necessary measures for workers’ health care.

4)      Ensure that the union representative is elected by the genuine will of workers in a fair election.

We recognise FR’s decision to affiliate with FLA, which shows their willingness to disclose the auditing result in transparent manner. However, the transparency and accountability of auditing and CSR actions must not be exhausted by merely entrusting FLA. We will closely monitor FR’s internal and external auditing results. Besides this, it is also regrettable that the CSR Action report mentioned neither the disclosure of a supplier list nor measures to ensure living wages, which we requested in our joint statement with SACOM published in February 2015.

Human Rights Now, SACOM and LAC will continue to monitor FR’s actions and provide constructive proposals to ensure that FR practices responsible management of suppliers based on the United Nations Guiding Principles for Business and Human Rights, including management of the Pacific and Tomwell factories. Also, we reiterate our request that FR resume dialogue with us to discuss approaches for more comprehensive measures.

[2] “Go Beyond a Short-term Improvement in UNIQLO’s suppliers”,  http://hrn.or.jp/eng/news/2015/02/11/joint-statement-go-beyond-a-short-term-improvement-in-uniqlos-suppliers/

[4] According to Chinese Labour Law Article 41, the statutory overtime working hours shall not exceed 36 hours per month.