Severe working conditions for Olympic construction: Human Rights Now’s grievance notification to the Olympic Organizing Committee and the start of an investigation 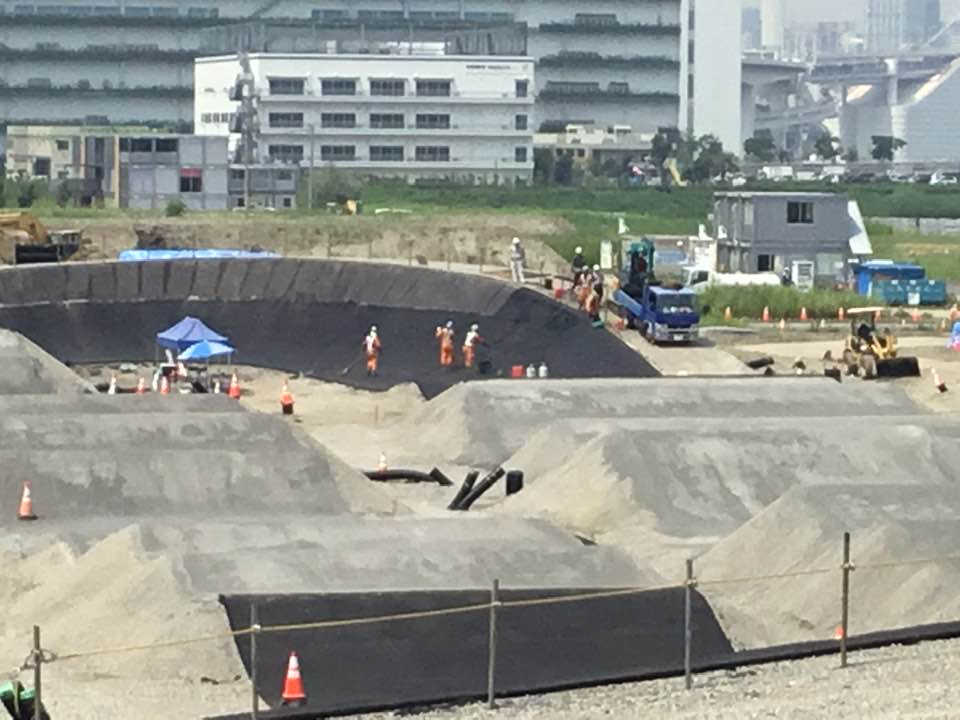 Currently, plans have been made to postpone the Tokyo Olympics and Paralympics. In the summer of 2019, Human Rights Now (HRN), a Tokyo-based international human rights NGO, conducted a field survey of working conditions and labor rights issues at construction sites for Olympic-related facilities. Through our investigation, we confirmed that the conditions were directly linked to life-threatening risks, and on September 2, we urgently summarized and published our findings in a report “Severe Working Conditions Continue in Extreme Heat at the Tokyo 2020 Olympic Construction Sites: Is this still an Olympics for Sustainable Development (SDGs)?”, available on our website at https://hrn.or.jp/eng/news/2019/09/14/construction-2020-olympics-report/.

Grievance Notifications to the Organizing Committee

The report called on the Tokyo Organizing Committee, the Tokyo Metropolitan Government, and the Japan Sports Council (JSC) to take action to improve the situation. As no action was confirmed by any of these bodies, on October 18, HRN submitted grievance notifications to the Organizing Committee’s reception office (https://hrn.or.jp/activity/16265/, in Japanese) that there had been violations of the Tokyo 2020 Olympic and Paralympic Games Sustainable Sourcing Code (https://tokyo2020.org/en/games/sustainability/sus-code).

(The reception number for the Organizing Committee for each grievance notification, respectively, is 10 and 11.)

However, it is extremely problematic that the site is not covered by the grievance notification system just because the contract was created before the Sustainable Sourcing Code was established and does not submit to it. When the Sustainable Sourcing Code was being completed, the Organizing Committee should have reached an agreement with its contractors urging them to comply with the code. HRN was deeply dissatisfied with this decision.

On the other hand, regarding the Ariake Urban Sports Park, although the grievance notification was accepted, for the October grievance notification there was no response before construction was completed, and the hearing consultation was not conducted until the start of the next year. This is a major issue in terms of the promptness of response.

HRN received a hearing from the Organizing Committee on March 24 following the receipt of the grievance notification.

On this occasion, HRN explained the working environment at Ariake Urban Sports Park and problematic labor practices that were difficult for workers to report, and we also expressed the opinions of workers at other construction sites. We also shared the results of the investigation conducted by the BWI and a labor union, and we requested that a report be prepared with a view to surveying the problems for the entire construction site.

In the hearing, the Organizing Committee stated that it plans to conduct interviews with contractors and compile an investigation report.

HRN will continue to pay close attention to the investigation and to improving the working environment and grievance reporting system for Olympic Games construction, and we will continue to demand that fair judgments be made and that workers’ rights be improved.

* The Tokyo Olympics and Paralympics are pursuing a sustainable Olympics based on the Olympic Charter, and the Sustainable Sourcing Code is drafted accordingly, https://gtimg.tokyo2020.org/image/upload/production/hrvxivwevsennzceehre.pdf.

Given the investigation conducted by HRN at the Olympic constructions sites, we think the actual situation has violated the Code, requiring that:

Suppliers must arrange conditions in the manufacture and procurement of goods, based on safety and health laws and regulations, including the establishment of health and safety committees and mental health care, for the physical safety of workers engaged in distribution and their mental safety in a healthy working environment. In addition, suppliers must give consideration to the maintenance of a working environment in which workers can work and live in well-being.

A Japanese version of this statement is available at https://hrn.or.jp/news/17443/.