Office of the High Commissioner for Human Rights: 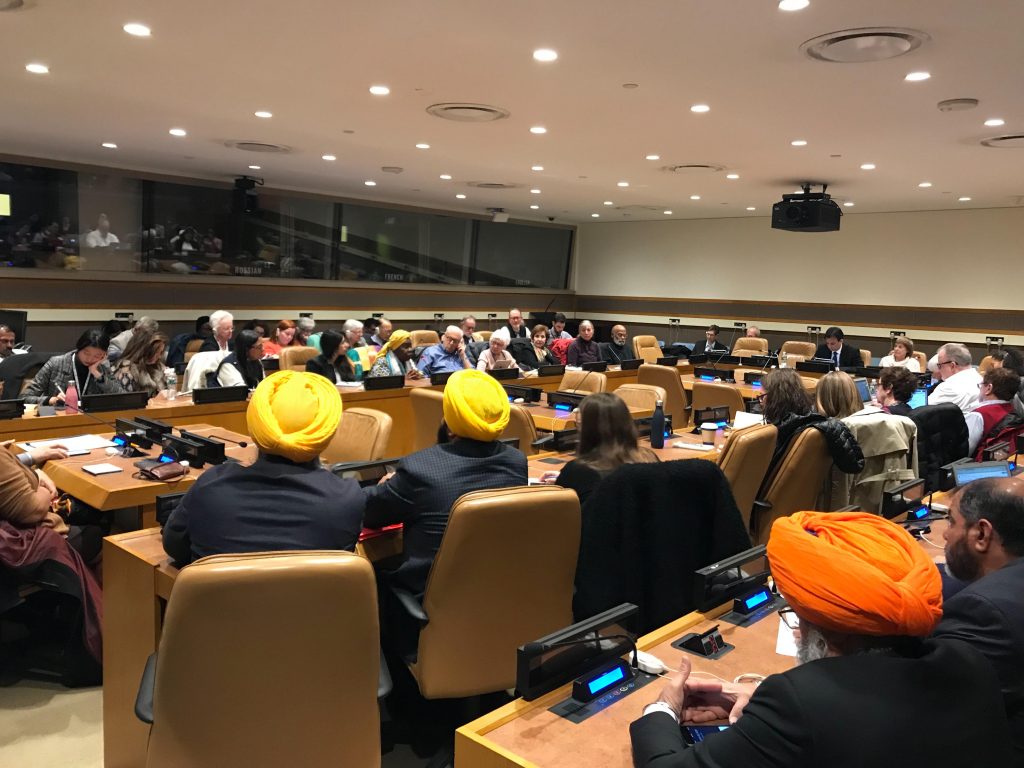 On November 15, 2018, Office of the High Commissioner for Human Rights (OHCHR) held a meeting on improving engagement with civil society at United Nations headquarters in New York City. Below is a summarized report on the meeting written by NY representatives for Human Rights Now.

The major themes highlighted in the meeting included:

A representative from CIVICUS called for more participatory, democratic, citizen-led processes on every level of government, from the local to the national and international. He outlined that economies must also be democratized and for all. Specifically, he felt that NGOs need to participate more in UNDAF.

It was pointed out that OHCHR has been asked to prepare a report for the Human Rights Council on how to foster more participatory government processes within the framework of the SDGs. To that end, OHCHR will be conducting consultations with civil society. The report is due in September 2019.

On the other hand, Mr. Mokhiber, the representative from OHCHR, pointed out that CSOs need not rely only on standard calls for reports. Civil society can and is invited to reach out directly to engage with officials working on these issues. He emphasized that the UN. needs civil society to push hard for issues that are important.

Mr. Mokhiber highlighted that recently, municipalities have been stepping up to pick up slack where national governments are failing to observe human rights. He further pointed to the need to pry open more civil society space within international institutions, including at the UN, the International Monetary Fund, the World Bank, and others. The question, as he framed it, is: What does 21st century civil society participation look like? How can U.N. institutions change to engage with NGOs in a way that fits current needs? Mr. Mokhiber mentioned that his work personally is focused on opening up economic systems globally to all, fighting polarization of wealth, and addressing problems with privatisation and deregulation. In particular, he is concerned about the phenomenon of political capture.

Once the floor was opened to questions, several civil society representatives focused on the situation of the Rohingya refugees. One CSO representative pointed out that Rohingya forced repatriation is being dealt with by the 3rd Committee of the General Assembly. However, at the moment, repatriation is moving forward without any international deal to protect the refugees. The representative emphasized that Rohingya must have citizenship, and expressed fears that repatriated refugees would be forced into so-called “model villages”—essentially, internment camps. Other CSO representatives wanted to know what accountability measures would be applied to Myanmar, and pointed out that other groups, the Karen and Shan, were also being targeted.

Mr. Mokhiber outlined that their official position is that no refugees should be returned until on-the-ground conditions are guaranteed—not just in terms of infrastructure and services, but also a means of addressing the genocide, getting redress for victims, protecting vulnerable civilians, and stopping ongoing atrocities. To this end, fact-finding missions and recommendations for follow-up mechanisms are essential, including preserving evidence for future criminal prosecutions. There is also a need to address the root of the problems the Rohingya face, including the need for citizenship, free movement, and freedom from persecution and oppression as an ethnic minority.

In terms of the repatriation, the central issue is voluntariness: no one should be refouled against their will. UNCHR has committed itself to assessing voluntariness—i.e., an agreement to return must be informed and absolute, and free of pressure or false pretenses. The standard is safe, dignified, voluntary return.

Another CSO highlighted that “participation” from civil society must mean more than just having a few minutes to deliver a statement. Rather, CSOs must have the ability to participate in preparing for meetings, decision-making, and negotiations. (It was pointed out that the Human Rights Council allows for “true” participation in this sense.)

Another CSO representative requested to know more about the OHCHR’s work on elderly rights. Mr. Mokhiber admitted to a deep need for a monumental treaty guaranteeing the human rights of older people. He outlined that national-level pressure is needed to get governments to move forward on drafting a treaty on the rights of older persons. In particular, he felt that getting Europe on board would be huge, and suggested that “interesting discussions” were going on there.

The Jacob Blaustein Institute raised the issue of Uighur persecution in China. Mr. Mokhiber responded that discussions with Chinese government are ongoing. In response to a critique on the most recent UPR, he pointed out that for each UPR, the OHCHR puts together separate three reports, on which the final report is based, and that NGO monitoring of this process (and of all UN human rights mechanisms) is critical because things can slip through the cracks despite the best of intentions and efforts.

The United Sikhs and World Sikh Parliament spoke about rising hate crimes and hate speech and asked about how to create better mechanisms for prosecuting and preventing hate crimes in the United States. They also outlined recent work they have done on behalf of the Sikh diaspora.

Mr. Mokhiber responded that “we are living in an era of extreme religious intolerance,” and that such intolerance is being encouraged and not opposed by political leaders in contravention of international human rights law. He pointed out that this type of leadership has a “direct relationship” to the increase in hate crime and hate speech, and that there is a need to push for greater accountability for these leaders. He further mentioned that while Article 19 (free speech) is critical in this regard, Article 20 on hate speech is overlooked as a strong obligation to prevent, prosecute and redress hate speech.

The Sikh organizations’ memoranda on this issue, sent to High Commissioner Bachelet, will get a reply. Mr. Mokhiber further suggested that the Sikh organizations send in a submission to the Special Rapporteur on counterterrorism, who is currently focusing on how terrorism laws are used to persecute and sow fear against minorities.