HRN has Released a Report on Discriminatory Punishment of Women 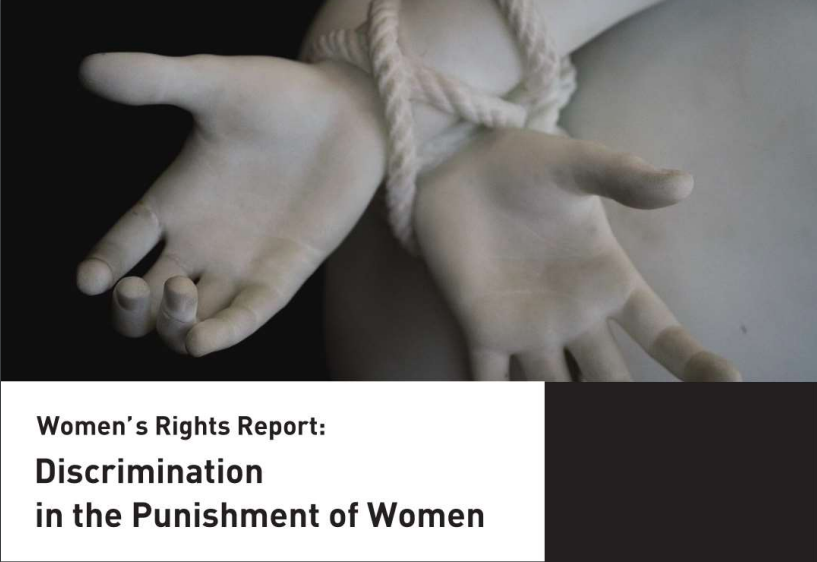 On 25 July 2018, Human Rights Now released a report on the discriminatory punishment of women.

The report is available from this link: Discrimination in the Punishment of Women Report (HRN July 2018).

On the same day, a representative of HRN gave a statement summarizing the report at the 22nd session of the expert group for the UN Working Group on discrimination against women in law and in practice in New York. The text of this statement is available from this link: WGDAW_Intervention_2018.07.25.

The report examines practices of discriminatory punishment of women in eight states varied by region and culture, consisting of Afghanistan, Indonesia, Iran, Iraq, Malaysia, Papua New Guinea, Saudi Arabia, and Yemen. Each chapter introduces the legal and social context in the state and its international duties, surveys discriminatory practices in the punishment of women which fall short of international standards, and concludes with recommendations.

The report considers multiple forms of punishment, including official punishment as a matter of law, discriminatory practices of officials, and societal punishment which is either sanctioned or tolerated by the state or where the state has been insufficient in ending the practices. Examined practices include substantive discrimination, including moral crimes such as adultery, seclusion, and dress requirements, honor killings, sorcery-related crimes, and other crimes which disproportionately target women, and procedural discrimination, including by moral police, informal judicial bodies, and discriminatory practices by police and judges.

There are several general and common conclusions to be drawn from the report. In some cases, laws provide for discriminatory punishment on their face, calling for legal reforms.In many other cases, discriminatory action by state officials arises due to laws and practices which allow or tolerate them applying religious or customary law, often uncodified, either explicitly or through vagueness. Similar issues arise when the national legal system provides for informal judicial bodies like village councils to decide criminal cases at the local level. Highly decentralized or federalized states often have regions which diverge markedly in terms of gender equality from the national level, as is the case in Papua New Guinea and Indonesia. Many states also suffer from underinvestment in police and criminal justice programs which focus on crimes affecting women.

In every case, there is a pressing need for states to work further to ensure women’s equality is accepted within the mainstream culture, as even where de jure discrimination has been erased, women cannot achieve full equality without the efforts of society at large. We hope by raising greater awareness and understanding of these issues within the international community that it can play a constructive role in bringing equality to women in criminal and penal practices in these and other states.