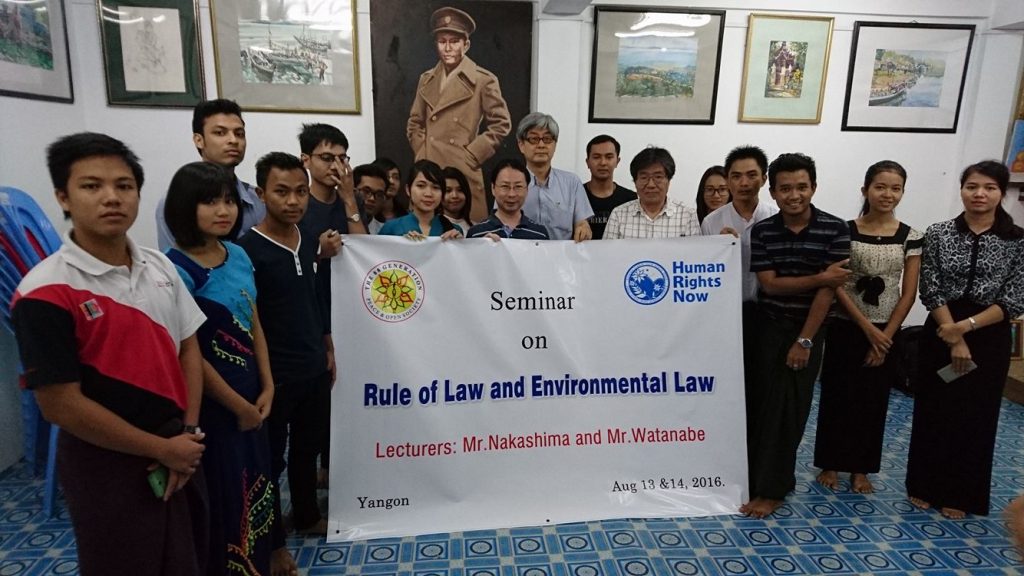 Since February 2014, Human Rights Now (HRN) has conducted human rights education activities in Myanmar to empower community leaders who will likely face human rights and democracy issues in the future as lawyers, citizen groups, etc. This year the activities took place in August 2016. HRN sent two lawyers, Mr. Shogo Watanabe and Mr. Koji Nakashima, to Myanmar as teachers and held seminars at the local offices of our partners of this project, the 88 Generation – Peace and Open Society and the Yangon Bar Association.

Mr. Watanabe emphasized on importance of lawyers’ activities regarding public interest issues in his lecture on the concept of the rule of law and the role of lawyers’ autonomy. In addition, he mentioned HIV litigation in Japan and forced deportations of Myanmar nationals and explained in detail how to deal with public problems by using the concept of international norms and constitutional human rights. Through his passionate, considerate explanations regarding the role of lawyers’ autonomy, participants recognized the importance of lawyers’ autonomy and expressed an ambition that they would work towards changing the current situation in Myanmar for the better. It was great to see! 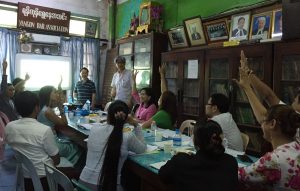 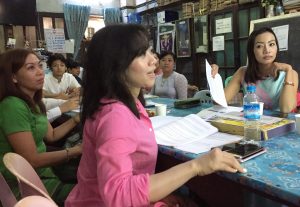 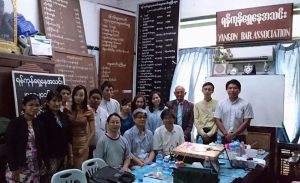