As this year marks the 70th anniversary of the United Nations, the world is facing large-scale problems of  refugees which has shaken the global order. Continuous flow of people seeking place of refuge are heading to EU from Middle east and Africa everyday.  As a responsible member of international community, how Japan should engage in this challenge facing humanity today? We invite a diplomat from EU delegation to Japan, a leading attorney for refugee issues,  and a Syrian refugee, as guest speakers  to discuss the current situations surrounding refugees in  EU and Japan from various perspectives.  Kohki Abe,  president of Human Rights Now and a professor who has been addressing the refugee issues from the perspective of international human rights laws, will be a moderator for the panel discussion.

<Program> *This event is going to be conducted in Japanese. For talks from Mr. Y and Mr. Wiktor Staniecki will be in English and translated into Japanese by a consecutive interpreter. 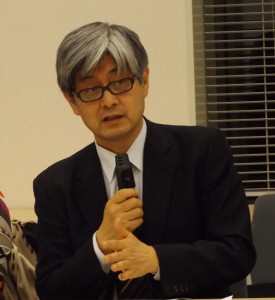 Shogo Watanabe, admitted to the bar in April 1990 and worked at Hayabusa Law Offices. He established Izumibashi Law Office on October, 2000. 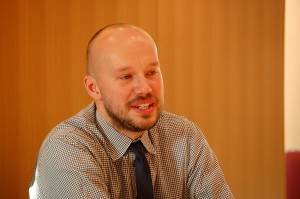 Wiktor Staniecki is a diplomat currently working in the Political Section of the EU Delegation to Japan. Before coming to Tokyo in September 2015, he held various positions in the headquarters of the European External Action Service (EEAS), working as a desk officer for Brazil (2013-2015) and the United States (2008-2013). Before joining the EEAS, Mr. Staniecki worked as a consultant for the public affairs company Burson-Marsteller in Brussels, Belgium (2006-2008). He also worked for the European Commission, Directorate General for Enterprises, on small and medium-size enterprise policy issues (2005), as well as, for the Polish Ministry of Economy (2004-2005).
Wiktor Staniecki is a graduate of Adam Mickewicz University in Poznan, Poland (European Studies). He also holds a Diploma of General European Studies from the Université de Nancy 2, France. He is married and is the father of two children. 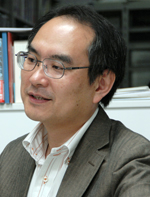 Please send your Name and Contact info to the HRN Secretariat

(info@hrn.or.jp) with the title of the event you are attending.

Fee is payable at the entrance.