The three representatives, expressed deep concern about the rights of the earthquake and tsunami victims after the release of research by Human Rights Now earlier this year. They observed the temporary housing facilities in critical areas including those located in Kesennuma in Miyagi prefecture. The group visited housing constructed on unstable ground, and talked with victims who are impelled to live in poor living conditions – often in a house with no insulation- receiving no assistance from the local and national government, in order to extend their understanding of the current challenges disaster-affected areas are facing in the aftermath of the events in 2011.

“I heard a rumor that the city government is not going to provide us with financial assistance. We’re running out of money. How are we supposed to support ourselves?” Said one victim showing frustration with the lack of information and clear vision reagrding uncertainties about their future. 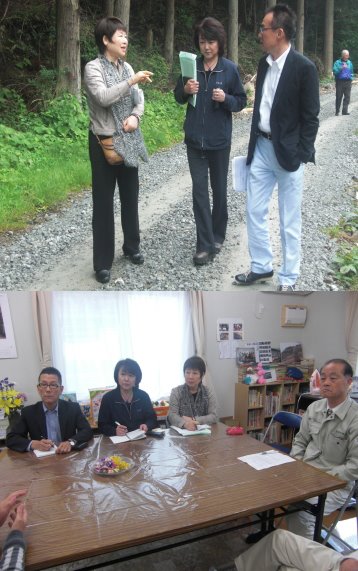