There are many women activists who try to change the world by looking at the condition of current human rights and protecting those whose human rights are severely violated by others.

Human Rights Now has a special focus on activists who play an active role in the Asia region, calling those activists “Asian Activist-α”.

Why women activists in Asia?

Currently, the Human Rights of many women and children are violated in Asia.
There are women who are victims of sexual exploitation under military dictatorship, and children who become involved in human trafficking and are forced to work. Women activists have risen up to resolve those human rights problems. It is important to understand their activities, to see who will be the next leaders of activists around the world, and to consider what we can do to change the world, together.

Since 2009, when this activity was started, HRN has supported four women activists. 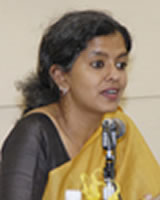 An ‘Asian Activist-α’, Ms. Nandini Rao is working in India where the problem of Domestic Violence is very serious. Currently, there are some serious cases of discrimination against women in India. For example, there are cases where women who could not pay marriage portion are burned to death by their husbands. Many Indian women become victims of violence that results from many factors such as religion. Also, there is a problem relating to the low birth rate of girls compared to boys because of the low social status of females.
However, in India, where violence and discrimination against women have become very serious, the Law of Domestic Violence was enacted in 2005, and the NGO Jagori in which Ms. Rao is the coordinator has made a great contribution to the process of enactment.
2009 was the 25th anniversary of Jagori which had been contributing to the protection of rights of women since its establishment.
Ms. Rao has stated that ‘From the International Perspectives, India is far away from eradicating sexual discrimination or poverty. However, we are optimistic about the conditions of the Women’s Movement’. Many women activists including Ms. Rao are working actively, and the persistent efforts of those activists have led to the enactment of the Law of Domestic Violence.
At the event, Ms. Rao told us, ‘it is essential that both males and females recognize the importance of the equality of gender and try to change the society.’ 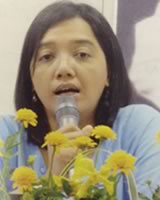 On June 26th 2010, HRN held an event “Asian Activist-α Women who are trying to change the world-challenges to the violation against women”, and invited an activist who tackles issues of violations of human rights such as sexual exploitation by military force, unreasonable imprisonment, and forced labor in Burma where a military dictatorship is still in place.

In Burma, more than 40% of GDP is spent on military purposes and there is no budget for the social welfare of the nation; therefore people are forced to live hard lives. Also, violations of human rights such as confiscation of properties, unjust imprisonment, forced labor by military force, sexual exploitation against women, and discrimination against minority groups have become very serious. Given these conditions, women who had been the victims of those violations rose up and established women’s organizations to achieve the democratization of Burma. The Women’s League of Burma was established to organize all of those women organizations. Ms. Tin Tin Aung is working as the director of the Women’s League of Burma to tackle the problems relating to violations of human rights and eradicate violations against women. The Women’s League of Burma is trying to achieve the eradication of violence against women by listening to the victims of violations and reporting the facts. At the event, Ms. Tin Tin Aung also expressed the need for the Japanese government to continue its support for democratization activities in Burma. 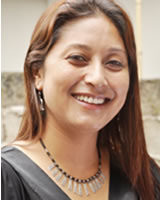 On May 26th 2012, HRN held an event “Asian Activist-α Child Labor and Children in Human Trafficking in Southern Asia” at Aoyama Gakuin University in Tokyo and invited Ms. Hasina Kharbhih who is the representative of NGO Impulse Social Enterprise in India. Also on 27th, the following day, HRN held a workshop relating to the topic of the event

In 1987, when she was in high school, Ms. Kharbhih had a thought that ‘Social activities are not only for successors and adults. We, who are closest in ages are the ones who should make actions for small children”. Since that day, Ms. Kharbhih has worked as a human rights activist, and social entrepreneur. She is also the representative of NGO Impulse Social Enterprise in India and has worked on the problems of human trafficking of women and children and child labor for long time. Moreover, she constructed a system called the “Meghalay Model” to comprehensively try and prevent human trafficking and this model is now applied in 8 different provinces around India.
At the event, many participants gathered to listen to the talk of Ms. Kharbhih who is a famous Ashoka follower worldwide. The venue was filled with the enthusiasm of many young social entrepreneurs who aim for social change. At the event, Ms. Kharbhih told the audience “Do not take social contribution as difficult activities, and always consider ‘what we are consuming and where those products come from, and by who they are produced.’ ” 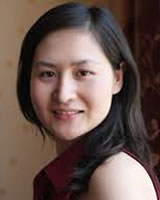 China is currently in the middle of a high rate of economic growth and it is resulting in serious environmental issues such as pollution generated from vehicles or factories, water pollution, and soil contamination. This contamination is causing serious problems throughout the country and it is violating the rights of people to live in a healthy environment. IPE, in which Ms. Wang has worked as a member from its establishment, is an Environmental NGO in Beijing which focuses on the disclosure of environmental information to the public, their work mainly involves conducting research on water and air pollution or reporting on a contamination map for its web-site. IPE collects the data which is disclosed by the government or research institutions. This data includes density of PM2.5 and hazardous substances in rivers, and the acidity of rain. Then IPE reports this data on its web-site in English and Chinese for the public to easily understand by using a map and coloring polluted areas with different colors for different pollution levels.